CSPC NBP PHARMACEUTICAL CO., LTD. is a modern pharmaceutical enterprise focusing on the production of innovative drugs. The company was founded in 2003 with a total area of 100,000 m2. It is the first enterprise in China to license patented drugs to foreign companies.

The company's plants are constructed in accordance with FDA standards, each workshop is equipped with advanced, domestic as well as international, automated equipment. The laboratories are managed under LIMS system to effectively ensure data integrity. The company has continuously passed FDA on-site inspections, and has successfully launched the Benzonatate Soft Capsules in the United States market.

The company's main product, "dl-3-n-Butylphthalide", is the world's leading drug in the field of stroke management and the third Class I new drug with independent intellectual property rights (IPR) in China. Since its launch in the market, the product has provided cure or relief for more than 10 million stroke patients.

Through "dl-3-n-Butylphthalide", the company possesses nearly 40 domestic invention patents and a number of international PCT (Patent Cooperation Treaties) patents, which are protected in dozens of countries and regions around the world. At present, butylphthalide soft capsules is under phase III of its clinical trial in the US, and recently was recently granted the orphan-drug designation and approval for new drug clinical trial by the FDA. In 2014, NBP Pharmaceutical won the "China Industrial Award", commonly known as the “Oscar” of China’s industry, and has become the only pharmaceutical enterprise that has won this award up to now. In 2017, the company was awarded the designation of "Green Factory". 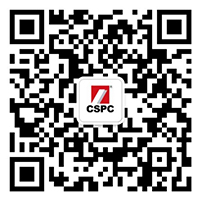